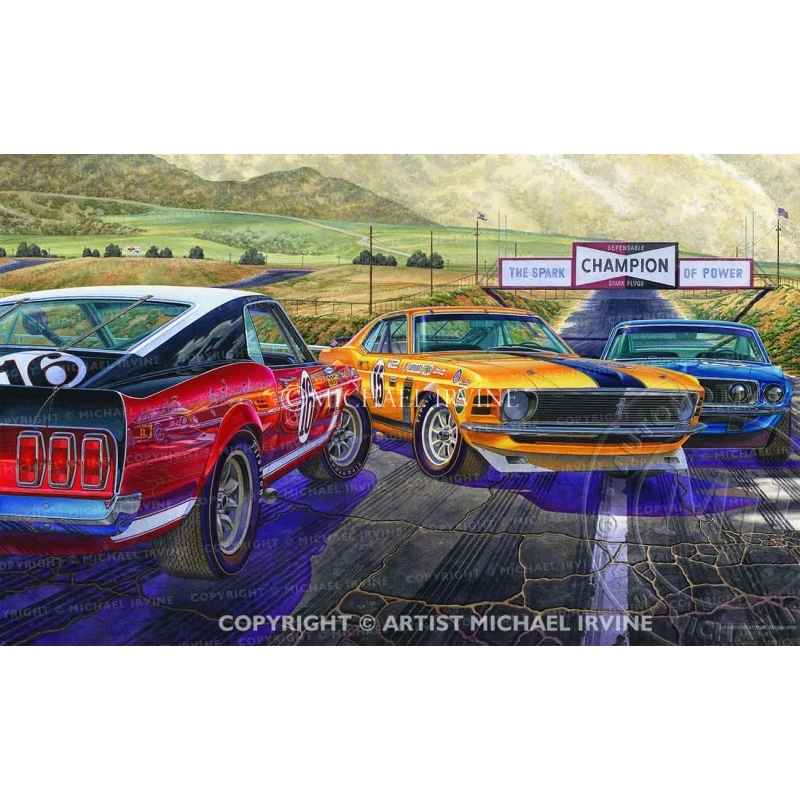 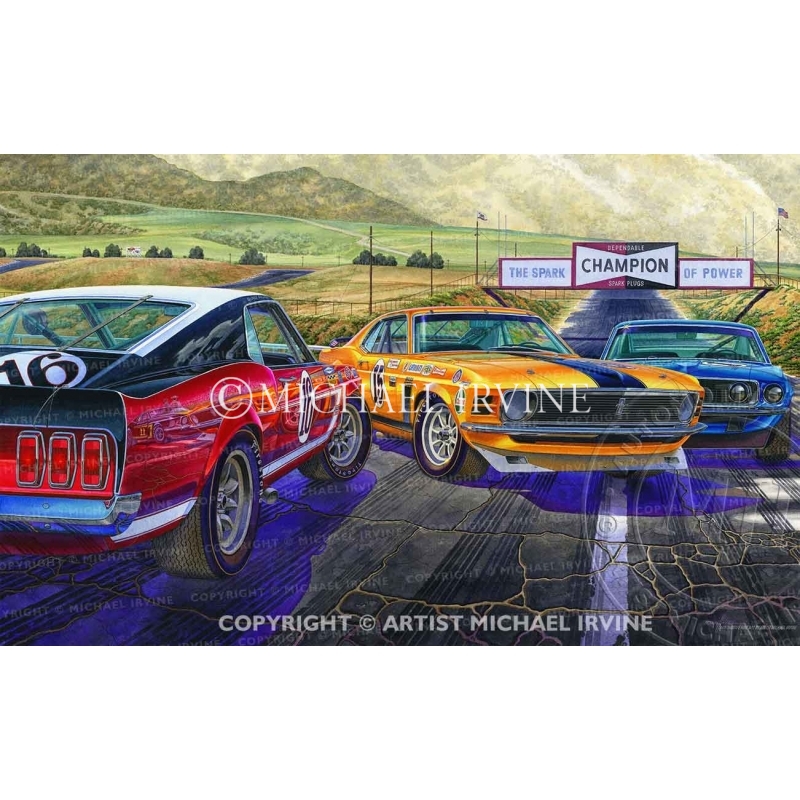 “Race rules dictated, that in order to qualify, a number of cars had to be made available to the public. So, for a lucky few who would own one, Ford built a street version Boss 302. I like the idea of getting behind the wheel of a powerful machine that was originally built to race! In this painting, I wanted to pay tribute to the history of the Boss 302s and the legendary men that raced them."- MICHAEL IRVINE

George Follmer and I were selected to be the drivers, and we came into that program with an aggressive win-or-else attitude.
We had the fastest cars in the 1969 series ... — PARNELLI JONES

Trans-Am was a highly competitive, no-holds-barred, flat-out, fender-bending racing series. These were some of the best American drivers, taking on the toughest North American circuits.

In 1969, Ford brought famed Nascar engineer Bud Moore, along with drivers Parnelli Jones and George Follmer, on board to spearhead the Boss 302 Mustang Team. Race car driver/builder Carroll Shelby also joined the action with his Boss 302, driven by Peter Revson.