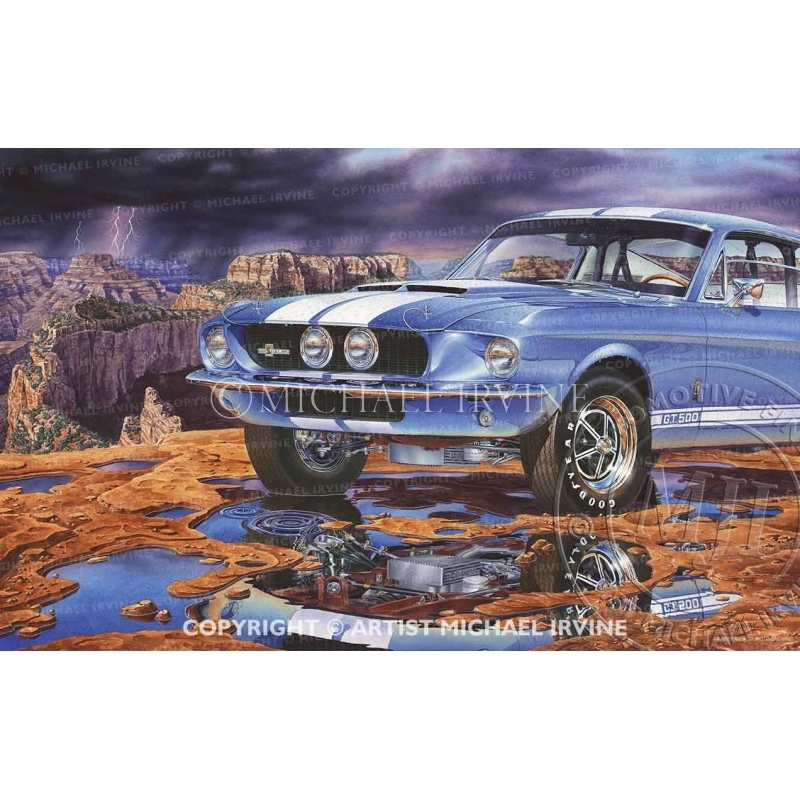 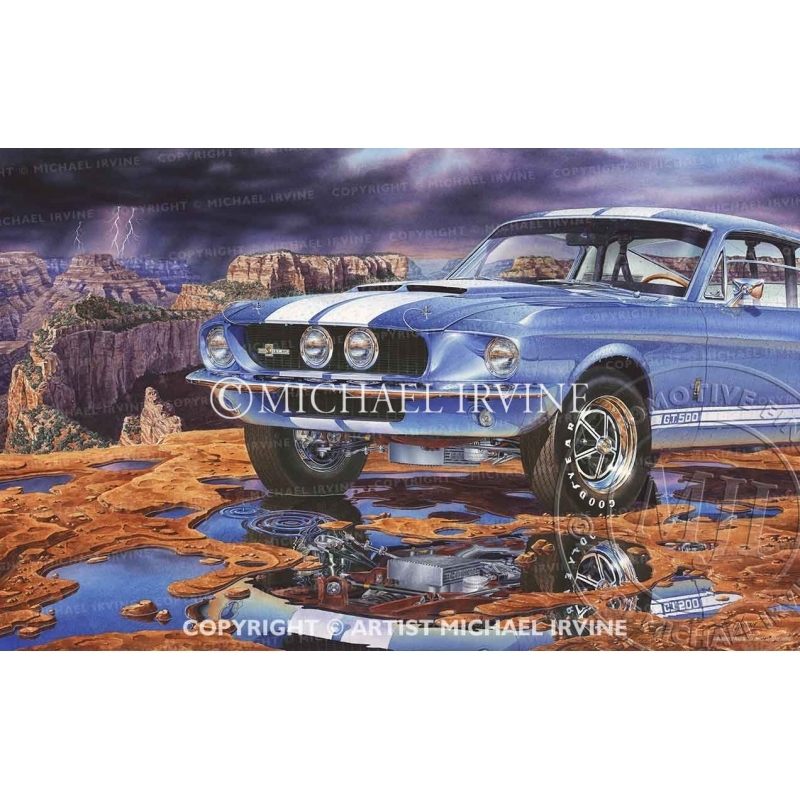 “With Grand Touring I wanted to take the idea of the reflections one step further. In showing the under carriage I hope to give credit to all those car owners that spend so much time restoring and detailing the part of the car which is rarely ever seen. One of the greatest compliments I have received came at the All Ford Nationals. I met someone who had purchased the print and had then detailed the under carriage of his Shelby, using Grand Touring as reference. His car took gold at the show!"- MICHAEL IRVINE

Sporting dealer installed Le Mans stripes and optional Magstar wheels, this magnificent Brittany Blue 1967 Shelby GT 500 stands high above the dramatic backdrop of the Grand Canyon after a passing storm. The pools of water beneath the car act as the perfect mirror, highlighting the incredibly detailed undercarriage.