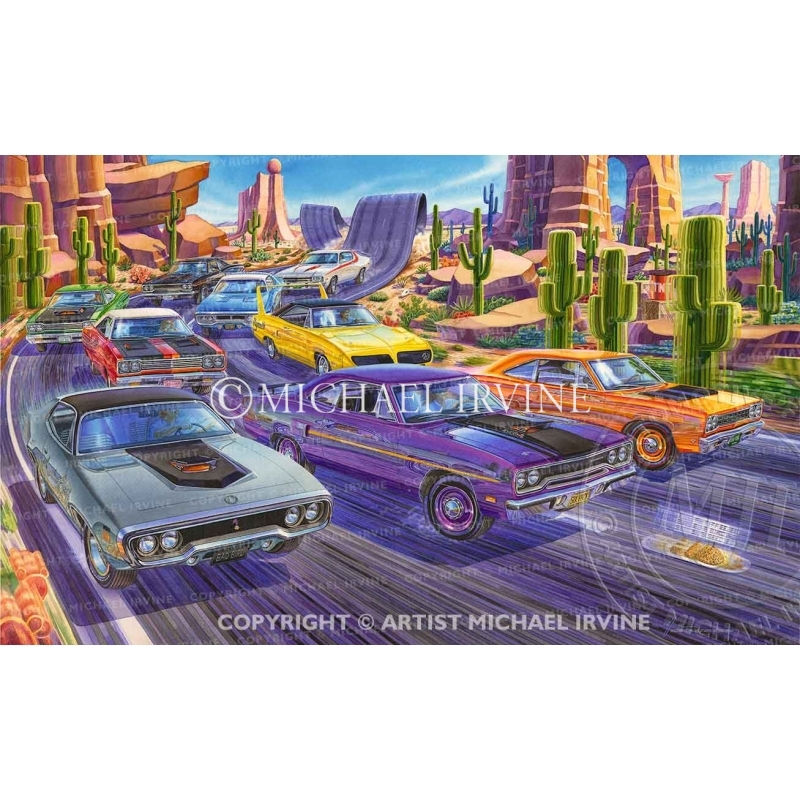 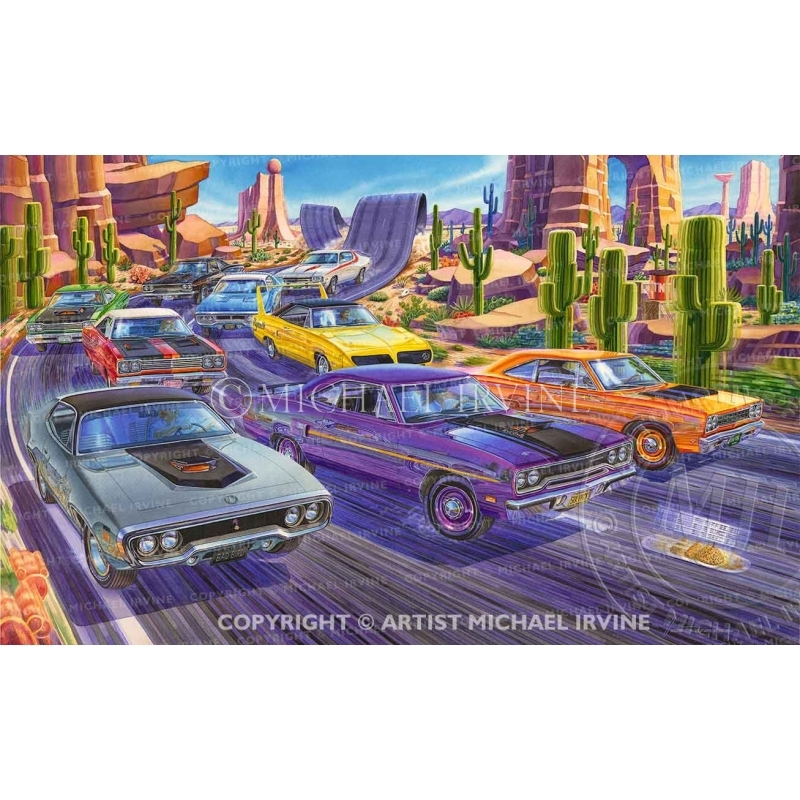 “I wanted to create a piece that was a fusion of the machine with the iconic location of the cartoon character it was named for. I chose to replace the animated Road Runner, with Plymouth’s version — putting real cars in an environment based on the imaginary setting of the cartoon. I didn’t want to recreate the cartoon, but bring some of its elements into the painting. So, along with the color scheme, I incorporated the monumental landscape, ‘ribboned’ highway and vanishing horizon line, along with some fun elements, like the bird seed."- MICHAEL IRVINE

Targeting a youthful, and perhaps rebellious market, Plymouth chose to play up the speed, agility and “catch me if you can” attitude of the ever-elusive Road Runner in it’s branding, marketing and promotion. Borrowing the name, adorning the body with decals, and even going so far as to include a horn that went ‘beep, beep,’ Plymouth succeeded in creating an image that would carry the car well into the 1970s. Touted as being economical muscle cars, these big blocks were very appealing to a young, power hungry consumer. Today, they are sought after by collectors worldwide.

Finding inspiration, as Plymouth did in 1968, from one of the most wildly popular cartoons of our generation, Michael chose America’s southwest, Monument Valley, as the backdrop for featuring these powerful muscle cars. The painting actually mirrors the creative process that began the cartoon in 1949. “[We] thought it would be funny to do a parody of chase cartoons,” said Warner Bros. animator, Chuck Jones.

The car and cartoon’s rich history were elemental in Michael’s decision to set the cars against a backdrop reminiscent of the cartoon itself. With hints and nods to the Road Runner’s stomping ground, in “BEEP BEEP!” Michael puts you right in the middle of the high speed action.

[ Featured on the cover of Mopar Collectors Guide. ]